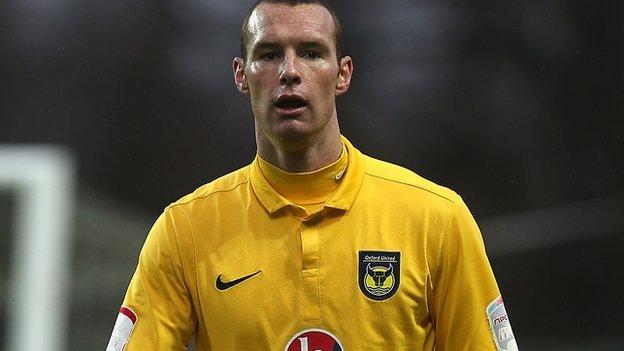 And Damian Batt doubled the visitors' lead from the penalty spot after Constable was fouled by Aaron Downes.

Downes glanced in a header from a Torquay corner to give the home side hope, but late sub Simon Heslop's low finish from inside the box sealed the points in the dying moments.

Oxford rose to 10th as a result of the win and now lie seven points off the play-off places, while Torquay are just a point above the bottom two and are without a win in nine games.

"Two goals in 10 minutes kind of kills you.

"It's quite edgy for the players to play at home, they're making decisions they probably wouldn't make and it's cost us today.

"At 1-0 you've got a great chance at getting back in the game, at 2-0 it makes it unbelievably difficult because you have throw people forward.

"It doesn't matter if it's away or at home, all the games are tough."