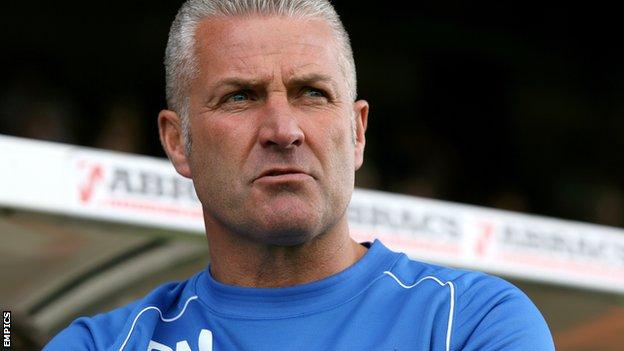 was an 11th game without a win for the Minstermen, who lie 18th in the table and four points above the drop zone.

A statement from the board of directors said the club hope to appoint a new manager by the end of the week.

It read: "It is with regret that the York City board of directors has terminated the contract of manager Gary Mills with immediate effect.

"The recent playing form, which has resulted in the team achieving only six points out of a possible 33, has led the board to this extremely difficult decision.

"The absolute priority is to safeguard the club's Football League status and an improvement in results is essential due to our current league position.

"We would like to thank Gary for his great contribution to York City and for managing last season's promotion team. We wish Gary the very best for his future career.

"The board hopes to make an announcement regarding the club's new manager within the next week."

Former Notts County and Tamworth boss Mills, who won the European Cup as a player in 1980 with Nottingham Forest, won 58 of his 136 games in charge at Bootham Crescent.