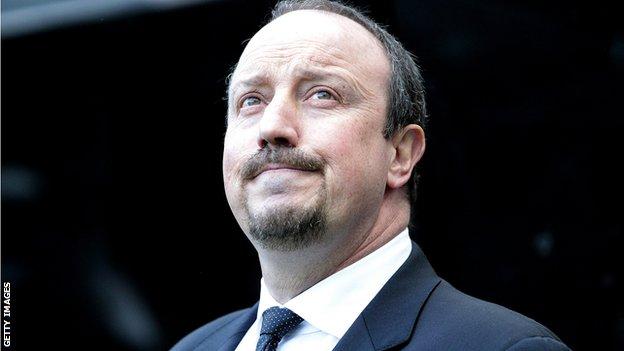 Former England striker Alan Shearer has labelled Chelsea a "mess" and "embarrassing" in the wake of Rafael Benitez's outburst.

Interim manager Benitez criticised some of the club's fans following Wednesday's 2-0 FA Cup fifth round win at Middlesbrough on Wednesday.

Speaking on Saturday's Football Focus, Shearer said: "There is no class there, is there?

"I just feel the whole club is a mess, it's embarrassing."

"Rafa will live and die by results and they have not been good enough."

On Thursday, with papers and pundits predicting a rapid demise for the Spaniard, Chelsea revealed that "Benitez was taking training" and it was "business as usual" at Stamford Bridge and the club's training ground at Cobham.

Chelsea take on West Brom at Stamford Bridge on Saturday. Their previous two managers, Roberto di Matteo and Andre Villas-Boas, were both beaten by the Baggies in their final Premier League games as Chelsea boss.