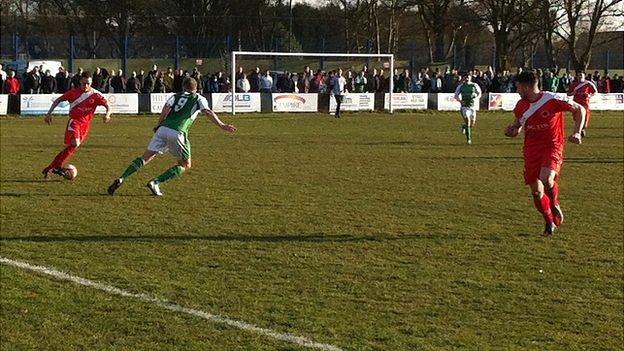 Guernsey and Walsall Wood will replay in the quarter-finals of the FA Vase after their last-eight clash finished goalless after extra time.

The game at Wood's home ground of Oak Park saw chances at both ends.

They included the hosts having an effort cleared off the line in the first half and Guernsey's Dave Rihoy hitting the bar in the dying moments.

The replay is due to be played at Guernsey's home ground at Footes Lane on Saturday, 9 March.

Guernsey coach Tony Vance said: "They're a good side and very tough, I think all in all a draw is a fair result. They had chances, so did we.

"There were a lot of players on the pitch who put in an awful lot of effort and it would have been cruel for someone to lose that game.

"Hopefully the home crowd can drive us on through. That could be difference, it was that tight."