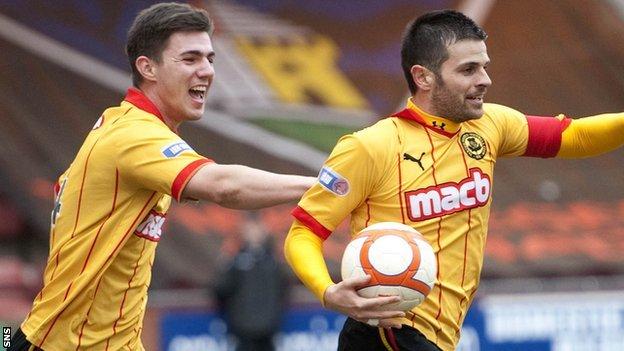 All four goals came in the first half with Craig netting from close range and Ross Forbes firing home from distance.

Craig converted two Chris Erskine deliveries to worsen the home fans' mood, at the end of

Second-place Thistle move to within two points of First Division leaders Morton and 11 clear of the Pars, who slip to fourth.