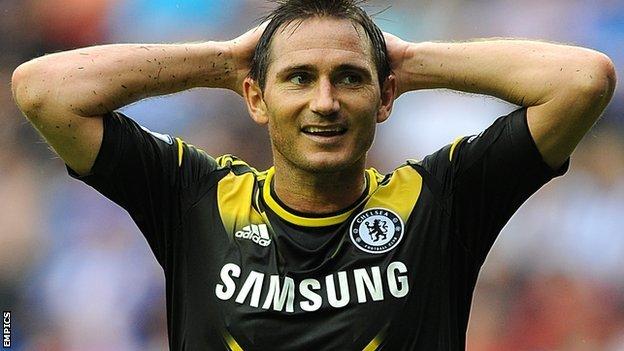 Lampard, 34, has been with the Blues since 2001 but his current contract expires at the end of the season.

"Frank has to stay. I can't see why this situation is happening," Wilkins told BBC Radio 5 live's Sportsweek.

"He has done more than a job for Chelsea this season and will continue to do so with his fitness level and enthusiasm for the game."

Lampard joined Chelsea for £11m from West Ham in June 2001 and has scored 199 times, including 13 goals this campaign, in 593 appearances for the club.

However, his future remains uncertain and he has been linked with a move to teams in America, China and the Middle East.

But Wilkins, who played 197 times for Chelsea and was the club's assistant manager in 2009-10 when they won the Premier League and FA Cup double, thinks Lampard should be offered another deal, despite his age.

"You look at [Manchester United's] Ryan Giggs being offered another year at the age of 39 and there's a manager [Sir Alex Ferguson] who knows how to handle the senior professionals," added Wilkins.

Lampard, capped 94 times by England, has won three Premier League titles, a Champions League medal, the FA Cup four times and the League Cup twice during his spell with Chelsea.

The future of Chelsea interim manager Rafael Benitez has also been questioned this week after he criticised the club's fans and said it was a "massive mistake" to have the word 'interim' inserted into his job title.

There was speculation he would be replaced before his contract ends in the summer, although Wilkins thought this would not happen.

"I honestly believe Rafa will be there until the end of the season and I don't think they would change anything now," said Wilkins.

"When any manager goes to Chelsea they know what they are walking into."