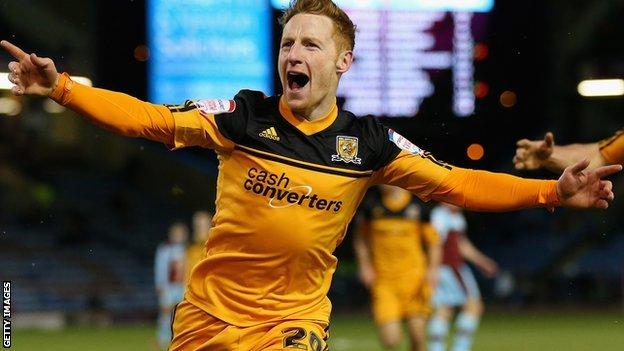 Hull moved back into the top two as a Stephen Quinn strike extended Burnley's winless home run to five matches.

The midfielder fired home from 15 yards thanks to fine work from substitutes Robert Koren and Jay Simpson.

Hull ended a run of three straight away defeats and are now two points above third-placed Watford in the Championship.

Burnley struggled to break down a solid visiting defence in front of Turf Moor's lowest league gate this term.

Neither side managed to get going in a first half where freezing conditions made attractive football difficult.

Quinn headed wide within the opening 33 seconds but goalmouth action was lacking until the end of the half when George Boyd's goal-bound shot was blocked by the returning Michael Duff.

Hull put the pressure on before the half-time whistle with Alex Bruce firing well wide on the volley.

The Wales international was inches away with a glancing header from Charlie Austin's centre.

But Steve Bruce opted to send on Simpson and Koren in place of Alex Bruce and Gedo, and within two minutes the change paid off.

Koren crossed for Simpson to lay the ball to Quinn who drilled in his third goal of the campaign.

However, in front of a crowd of 10,450, Burnley could have snatched an injury-time leveller as 26-goal Austin's downward header from Vokes's cross just went wide.