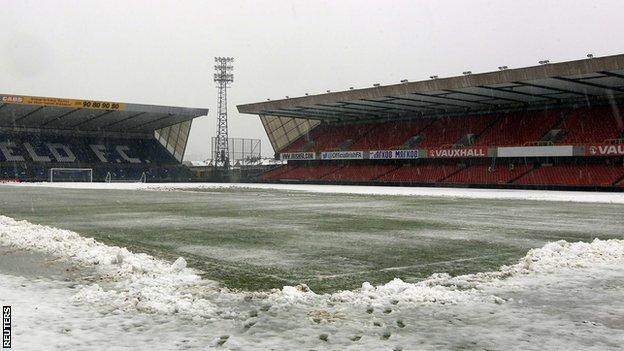 Northern Ireland's World Cup qualifier against Russia has been postponed for the second time in 24 hours.

The Group F clash was initially due to take place on Friday night but heavy snow and plummeting temperatures in Belfast saw the fixture called off.

It was rearranged for 15:00 on Saturday but with no let-up from the elements the referee decided to cancel the fixture, which will now need to be fitted in elsewhere in the limited international calendar.