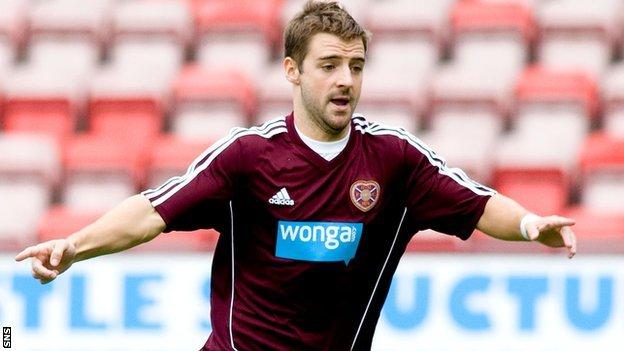 Hearts midfielder Scott Robinson is to undergo knee surgery which will keep him out for the remainder of the season.

Robinson picked up the injury in the Edinburgh derby on 3 January.

The 20-year-old had been suspended by the club in December after refusing to take his place as a substitute for a match with Aberdeen.

However, he signed a new two-year contract with the Tynecastle club in February.