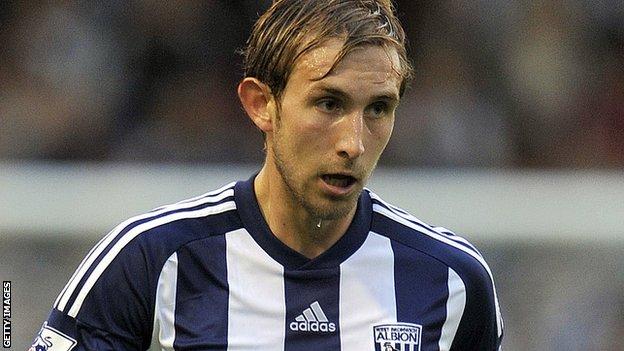 Dawson has scored four goals in his last three outings, including

"I told Craig the deal. I'll develop him as a player and then I'll send him back to West Brom," Wanderers boss Freedman told BBC Radio Manchester.

"Hopefully they [Albion] will remember us for what we've done for him."

Dawson, who in January, has played six times for Wanderers and is yet to finish on the losing side.

Speaking after Saturday's 3-2 win at Oakwell, Freedman continued: "He's a good lad but he's still got a lot to learn.

"West Brom are a top-eight side right now and he's not going to get in their side right now. That's why he's out on loan - to get some experience."

Bolton have taken 14 points from the last 18 available and are 10th in the Championship, seven points from a play-off position.

"It's not been a bad week," added Freedman. "We had a very tough game against Hull and another difficult win in the week [against Peterborough]. We've maintained that form and I'm really happy with what I'm seeing."