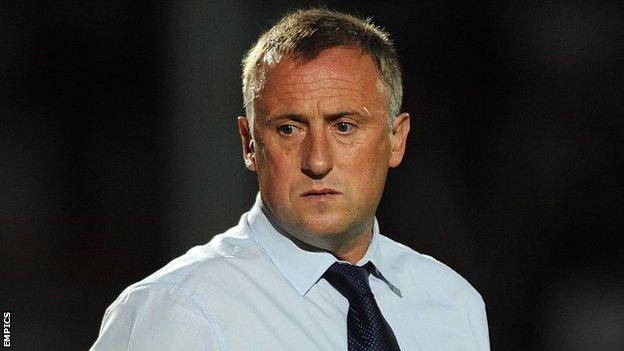 Yates's side currently find themselves sixth in the league, but 10 points behind leaders Gillingham.

"I think there will be lots of ups and downs for everybody," Yates told BBC Radio Gloucestershire. "Port Vale have lost their last two and Gillingham lost one and then drew on Saturday."

"No one is guaranteed anything, so you've got to take care of yourselves."

He added: "It doesn't matter where you are in the table right now, your next match is the most important one."

And Yates feels that the Robins are beginning to show signs they are capable of pushing on to the end of the season with a strong run of form.

"I think we are starting to show glimpses of our true form," Yates said. "People know how we play and the players understand what we are after.

"We want to hurt teams, score goals and keep clean sheets, and Saturday was a real step in the right direction.

"We know we are capable of going on a run. We're one defeat in 11, although we've got far too many draws, but I've heard some other managers say every point is a good point."