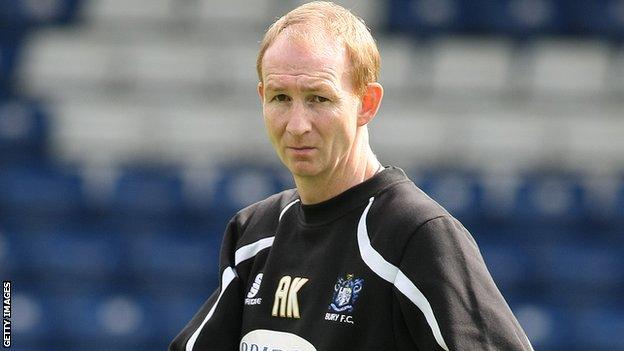 Torquay boss Alan Knill was happy to see his side looking more confident in their .

The result ended a run of seven straight defeats for the Gulls and was the first point for Knill since taking interim charge of the side last month.

"We looked more confident, at times we did pass the ball around and move it.

Until they're in the building and their name's on the shirt, you don't want to say they're ours

"That's what we're trying to do, give the players the confidence to have the ball and do something with it because we have some good players," he said.

"From now until the end of the season there's 11 cup finals, we're preparing for every one of them as though it's a cup final."

Knill has been frustrated by not being able to bring any new faces to Plainmoor since replacing Martin Ling, who is continuing to recover from illness.

Last week, the former Scunthorpe boss but failed to land any of his loan targets.

"We worked hard last week and thought we may had two or three, but at the last minute it didn't happen," he told BBC Radio Devon.

"It's one of those that until they're in the building and their name's on the shirt, you don't want to say they're ours. The position we're in is not as attractive as you want it to be.

"We're looking for some experience and they weren't in their teams at their parent club.

"A few didn't want to drop down into League Two, they were playing in a higher league, so we'll go again and keep trying and hopefully get players in," Knill added.