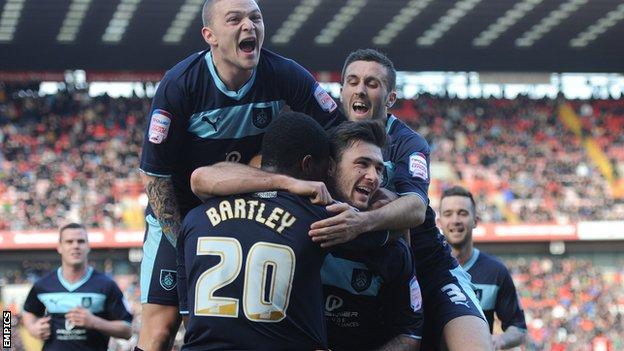 Burnley's Charlie Austin has described his 25-yard strike at Charlton as the best goal of his career.

The former Swindon front man unleashed an unstoppable right-footed shot to for the Clarets - their first victory in seven attempts.

It also took Austin's tally of goals for the season to 25.

"It opened up for me and it felt right. I just thought 'I'm going to hit this' and it flew into the top corner," Austin told BBC Radio Lancashire.

"It was a massive win for the team and one we needed. We defended like our lives depended on it and it was a good team performance."

In November, the 23-year-old became the and also for the Clarets.