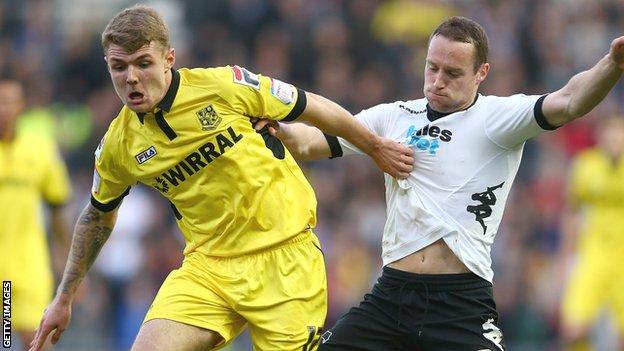 Teenage midfielder Max Power has signed an extension to his contract with League One club Tranmere Rovers.

The 19-year-old has been with Rovers since the age of eight and will remain at Prenton Park until June 2015.

In recent weeks, he has who has been following knee surgery.

Power told BBC Radio Merseyside after Saturday's 1-0 defeat at Yeovil, which left Tranmere sixth in the table and four points from an automatic promotion spot: "Wallace coming out of the side has been a huge blow for us because he's a really influential player.

"I have taken on the responsibility but it needs to be a team effort now.

"There are 10 games to go and we need to dig in. If we can pick up three points against Oldham on Saturday, the Yeovil game will be quickly forgotten and we can move on."