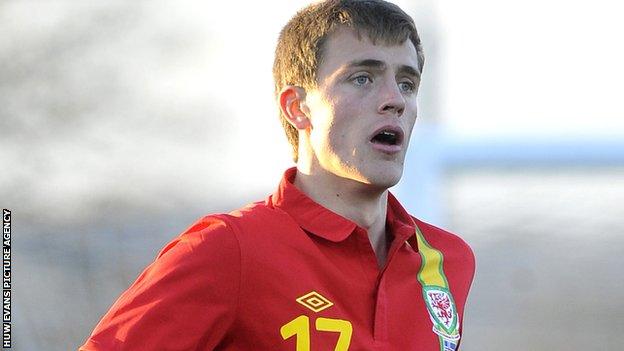 Wales under-21 striker Rob Ogleby has signed a new contract extension with Wrexham.

The 21-year-old has signed a new deal which will see him stay at the Racecourse until the end of the 2013-2014 season.

Ogleby, who joined in January 2012 following his release by Hearts, has scored five goals this season.

"He's come in as a bit of an unknown and really put his stamp on it.

"His energy levels are brilliant and he's chipped in with a fir few goals this year.

"I'm delighted that he's stayed on because I still think he's got a lot to learn but he's got a great basis of having a really good career."

Ogleby, who began his career with home-town club Coventry City, has been capped by Wales at under-21 level and scored in the win over Iceland in February.