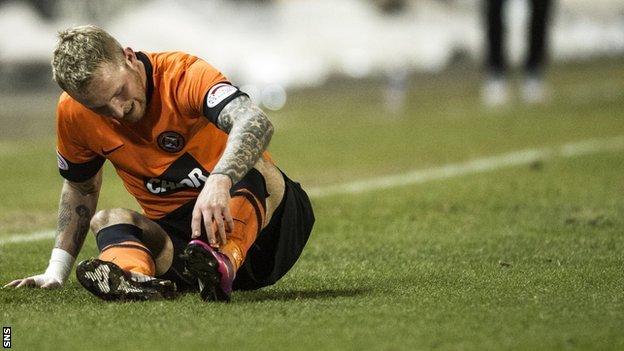 He was taken off in last week's goalless draw with Inverness after a challenge from Josh Meekings.

And an X-ray has revealed that the 22-year-old striker, who has scored 20 goals this season, has a broken fibula.

"Absolutely gutted - got an X-ray this morning on my injury and I have fractured my fibula," Russell said on his Twitter account.