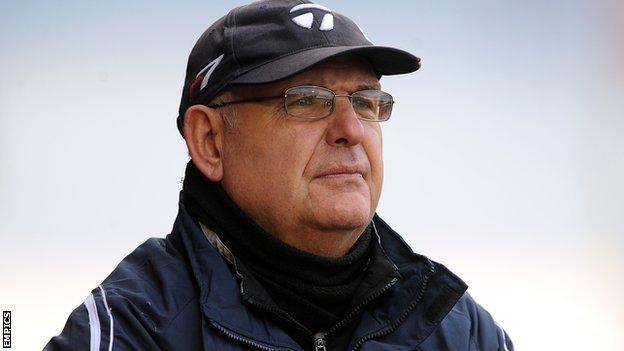 Luton Town have completed the signing of Millwall centre-back Jake Goodman on loan until the end of the season.

"We're very fortunate to bring him in - in fairness, when I asked about him I didn't think I'd get him," Still told the club website.

"He's got pace, he's mobile, he can head it, he's got a great attitude, he's young, hungry and enthusiastic."

Goodman was in the squad, but did not play, when Millwall won 3-0 at Kenilworth Road in the FA Cup in February and is yet to make his first-team debut for the Championship club.

Both Goodman and Wall go straight into the Hatters' squad for Tuesday night's match with Nuneaton Town.

Harris worked with Luton boss John Still during his time at Dagenham and Redbridge.