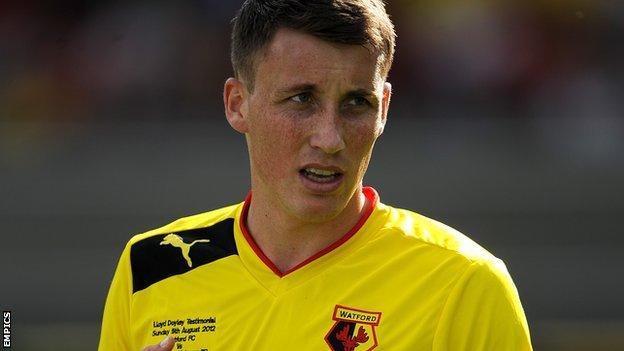 The 24-year-old has been signed after the Rams' leading goalscorer Jamie Ward suffered a hamstring injury during the loss to Crystal Palace on Friday.

Rams boss Nigel Clough told the club website: "He's someone we've been aware of for a while and we've been impressed whenever we've seen him in action.

"It'll be good to have a look at him a little more closely."

Forsyth, who could make his Derby debut against Cardiff City on Tuesday, has made just two league appearances for Watford this season, having scored five goals in 22 games during the previous campaign.

The former Dundee player signed at Vicarage Road in June 2011 and spent time on loan with Bradford earlier this season, playing six times for the Bantams.