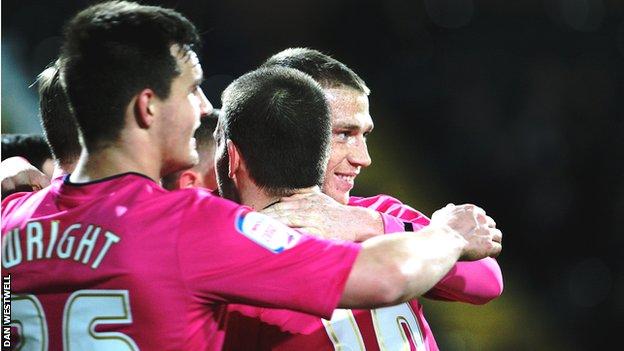 A Haydn Hollis own goal earned Preston victory at Notts County, who lost for the first time in eight matches.

The visitors took a deserved first-half lead when Will Hayhurst's curling cross was turned into his own net by Hollis.

Preston, unbeaten during manager Simon Grayson's four games in charge, could have gone 2-0 ahead but Stuart Beavon's shot was saved by Bartosz Bialkowski.

Notts had a chance to equalise but away goalkeeper Declan Rudd produced a fine save to block Yoann Arquin's effort.

Grayson's side have now won two and drawn two of their four matches since he took over last month.

This victory takes them up to 15th, four places behind Notts County, who are nine points adrift of the League One play-offs.