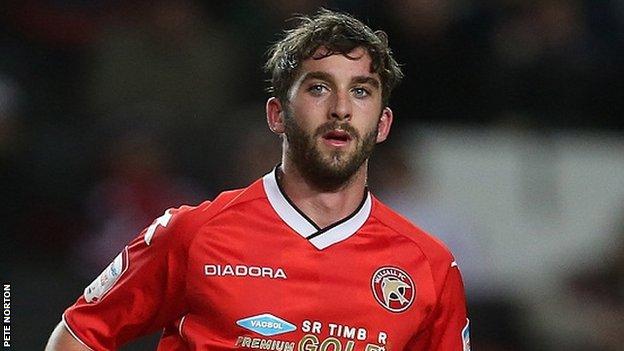 Walsall's sixth win in their last seven home matches lifted the Saddlers to within four points of the League One play-off positions.

Dean Smith's side took the lead five minutes after the break when Febian Brandy was fouled by Danny Holmes in the Tranmere penalty area.

Will Grigg scored from the spot, the striker's 18th goal of the season.

Walsall had the best of the first half, Jamie Paterson seeing an early effort cleared off the line by Tranmere skipper Ian Goodison, while midfielder Sam Mantom hit the post shortly after the half hour.

Tranmere's main threat came from the pace of Abdulai Bell-Baggie down the left, but Ronnie Moore's former table-toppers were not at their best, slipping back to fifth in the table.

"It wasn't a great spectacle, but we did what we had to do to win.

"Febian Brandy will get the credit for the run to win the penalty, Will Grigg for scoring it and Craig Westcarr for a fantastic strike.

"But I said to the lads 'Don't forget the two great block tackles from James Chambers, another from Andy Taylor and all the headers that our centre-halves won'. It takes all that to win games. You need a team effort."