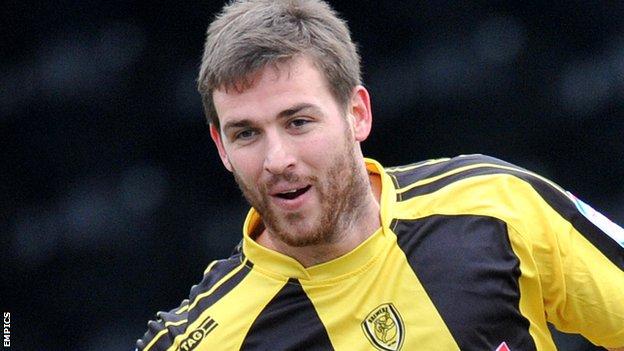 Michael Symes hit a stunning second-half volley as Burton came from a goal down to beat struggling Aldershot and moved up to second in League Two.

Robbie Weir levelled just before half-time through a crowd of bodies before Symes's second-half winner.

"In the first 20 minutes we were very comfortable but then we took our foot off the gas and allowed them back in to the game. We didn't start the second half quick enough.

"There were certain areas I was disappointed in. We didn't do a lot of things we've done in the last four games and that's why we've been beaten.

"We were hesitant and that's unlike us. We can't dwell on it for too long as we have another big game on Saturday."

"The way we've come back from a goal down, with our away record, shows a new resolve away from home.

"We spoke about turning this away form around, now that's two wins, two draws and a loss in our last five away games. Add that to our eight or nine on the spin at home, it's pretty impressive.

"What's great about this group of players is, I don't hear anyone talking about promotion. I just see a really strong, committed group that wants to keep getting better and better."