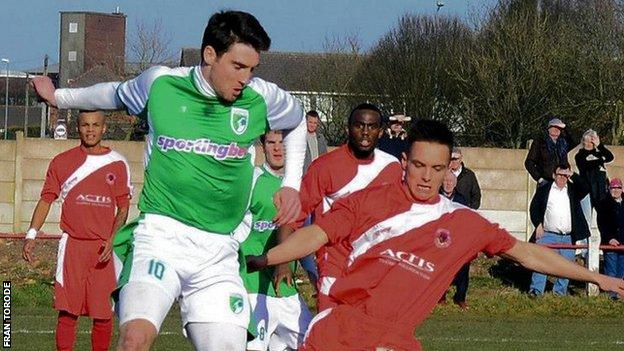 Guernsey FC will face FA Vase favourites Spennymoor Town in the semi-finals, if they can beat Walsall Wood in their quarter-final replay.

The club are third in Northern League Division One having lost just once in the competition all season, and are 24 points behind leaders Darlington FC with nine games in hand.

Spennymoor have scored 22 goals in their six FA Vase matches this term.

The club are 4/9 favourites to win the Vase with some bookmakers.

Guernsey boss Tony Vance has urged island fans to come out in their numbers for the replay at Footes Lane on Saturday, after the Green Lions

"Hopefully the home crowd can help us," he told BBC Guernsey.

"I hope people come down and support us as that could the difference - it's that tight.

"If we can provide most of the numbers and really drive us on then that might be the difference."

The semi-final tie against Spennymoor scheduled for 23 March, with the winner of Guernsey v Walsall Wood at home.