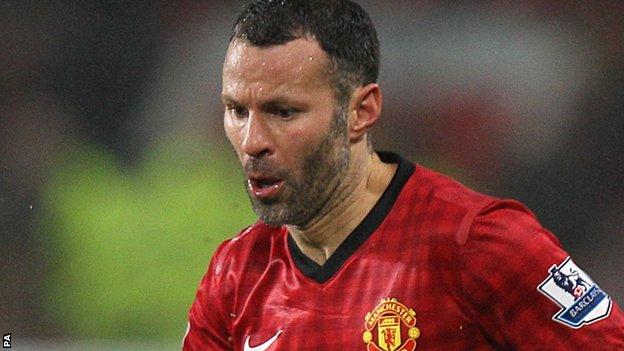 Giggs has signed a new one-year contract with Manchester United that will take him past his 40th birthday.

And Harrison, a former Wales assistant manager, predicts Giggs will turn to management once his retires from playing.

"I wouldn't rule out the possibility of him being Wales manager at some stage," Harrison said.

"He's done all his coaching badges and he wants to stay in football.

"He's obviously been offered a job at Manchester United on the coaching staff.

"I think he will make a good manager because he understands the game and is a bit of a student of the game.

"He knows what he's talking about and people will look up to him for what he's achieved."

Cardiff-born Giggs made his Wales debut in October 1991 as a 17-year-old in a European Championship qualifier against Germany and went on to win 64 caps over the next 16 years.

Giggs finished playing for Wales in 2007 but has been linked with the manager's role several times since then.

However, Manchester United boss Sir Alex Ferguson dismissed any notion of Giggs succeeding John Toshack in 2010 and the late Gary Speed in 2012.

Although Harrison sees a future for Giggs in coaching and management, he believes the Welshman can prolong his playing days.

"I think he's got two years in him.

"He's looked after himself well. He's lucky with his body because he doesn't put any weight on.

"He eats the right food and doesn't do anything stupid. I think it's down to that."