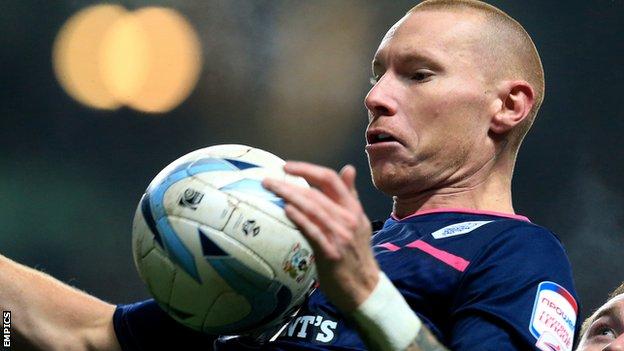 Jack King is confident that his strike partnership with Stuart Beavon can be a profitable one for Preston in the final weeks of the League One season.

The pair played together for three years with Didcot Town before earning moves to the Football League.

King told BBC Radio Lancashire: "He's not been here a massive amount of time and he's played with a few different partners, probably me more than most.

"We're very different and we complement each other quite well."

He continued: "I felt we caused MK Dons problems on Saturday. We would have liked to have scored another couple, but and move on."

King, who can operate a number in positions, has netted six times for North End, while Beavon - who joined from Wycombe in August - is the club's joint-leading scorer this season alongside Nicky Wroe with nine goals.

Preston have under new manager Simon Grayson, who takes charge of the Lilywhites for the first time in a home fixture on Saturday when Stevenage visit Deepdale.

"It seems a long time since we took over. I'm looking forward to it," said the former Huddersfield boss. "I'm delighted that we can go back to Deepdale still unbeaten and we will try to take that run forward."

A 2-0 victory over Bournemouth on 16 February ended a wait of nearly five months for a home win in League One and Preston will be looking for another positive result on Saturday as they seek to improve their 17th place in the table.

King added: "We're looking to turn Deepdale into the fortress that we expected it to be at the start of the season.

"Our home form has been fairly poor for most of the season really. We'll be looking to really have a go at Stevenage and the lads are confident that we can get the points."