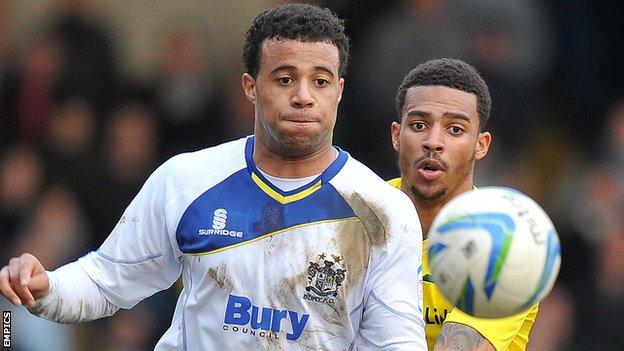 Bury are likely to be without midfielder Tom Soares for the remainder of the League One season.

The former Crystal Palace and Stoke man, 26, suffered a hamstring injury in

He has played 17 times for the Shakers since initially on non-contract terms, and scored in a draw at Brentford last month.

His form for Kevin Blackwell's side earned him a

The on-loan Bournemouth defender was hurt in the 4-1 defeat at Notts County on 22 February and has returned to the south coast to see a specialist.