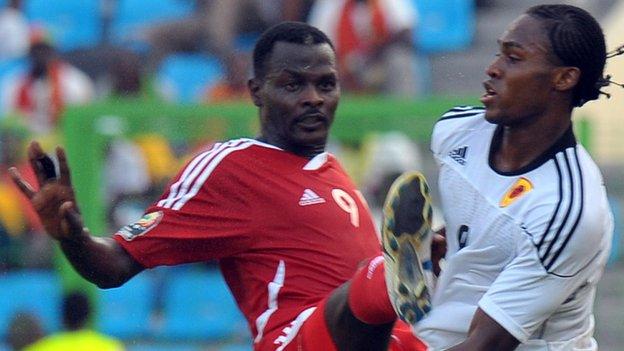 Sudan have lost an appeal against Fifa's decision to overturn their 2-0 World Cup qualifying victory over Zambia in June and award a 3-0 win to their opponents.

The ruling by the Court of Arbitration for Sport (CAS) means Zambia go top of Group D in the second round of the African qualifiers for Brazil 2014.

Fifa had found Sudan guilty of fielding an ineligible player in the match.

Saif Ali was included in the team despite being suspended.

He scored the second goal despite having been sent off in their previous competitive game.

Cas rejected Sudan's argument they had not been "properly informed" of Saif Ali's suspension from the match.

The player was dismissed in the African Nations Cup quarter-finals, coincidentally against the same opponents, the previous February.

"The Confederation of African Football had indeed informed the Sudan Football Association (SFA) the player ... would be suspended during the next official match of the national team," said Cas.

"Following the sending-off of the player during the last match of the African Nations Cup, the SFA couldn't be unaware of the fact the player was suspended and, in the case of doubt, it should have confirmed the player's eligibility."

Zambia, who beat Ghana 1-0 in their other match, go top of the group with six points from two games.

Ghana, Africa's best performers in the 2010 World Cup when they reached the quarter-finals, are three points behind while Sudan are level with Lesotho on one point.