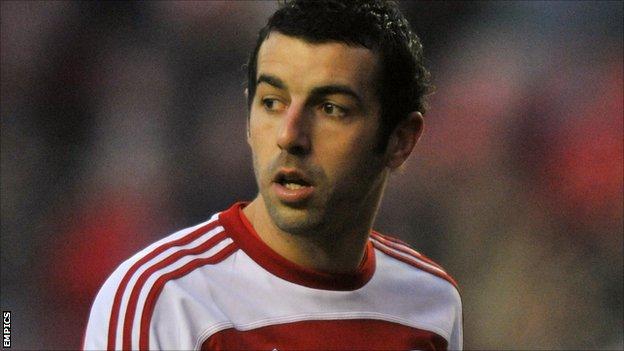 Middlesbrough manager Tony Mowbray fears Julio Arca could have played his last game for the club after a setback in his recovery from a toe injury.

The 32-year-old midfielder has not featured for Boro since September's Capital One Cup victory at Preston, and is out of contract this summer.

"I don't think Julio is going to make the rest of the season," Mowbray told the club website.

"It's a shame for him and for the club. We wish him well."

Mowbray added: "If we don't see him again it will be a disappointing end because he's out of contact in the summer."

Since joining the Teessiders from north east rivals Sunderland in 2006, the Argentine has been a popular figure with supporters, and has made 175 appearances in all competitions, scoring nine goals.