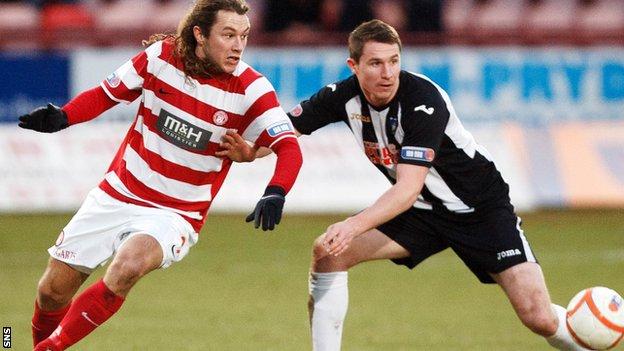 The Scottish FA has issued a notice of complaint to Dunfermline for failing to pay Hamilton its share of gate money for the Scottish Cup tie on 2 February.

Dunfermline are accused of breaching Scottish Cup Competition rules 46 (c)(3) and (e), with a principal hearing date set for 21 March.

The rules state that the gate receipts should be shared equally and paid out on the day of the game.

Meanwhile, after the forthcoming share issue has been completed.