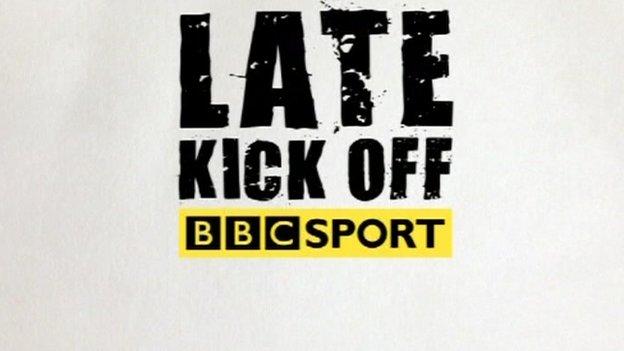 Late Kick Off returns for a fourth series this Sunday on BBC One at 23:25 GMT, straight after Match of the Day 2.

The programme all about Football League clubs across England has a new time and day, plus some new presenters.

• London and the South East

Late Kick Off's seven regional editions cover the country, reflecting on the ups and downs of Championship, League One and League Two clubs.

The show delves deeper to look at the people and issues at your club, on top of bringing you all the latest goals.

Filmed locally, Late Kick Off gets under the skin of the goings-on at the Football League clubs wherever you live, alongside incisive comment from special studio guests.

Three new faces will be among the line-up of presenters for our 2013 series:

•Yorkshire and Lincolnshire - George Riley, the voice of sport at breakfast on BBC Radio 5 live.

On air each Sunday on BBC One from March 10 after Match of the Day 2 at 23.25 GMT, all editions are then on the BBC iPlayer for the next week, so no matter which part of the country you are in you can watch your own regional edition.