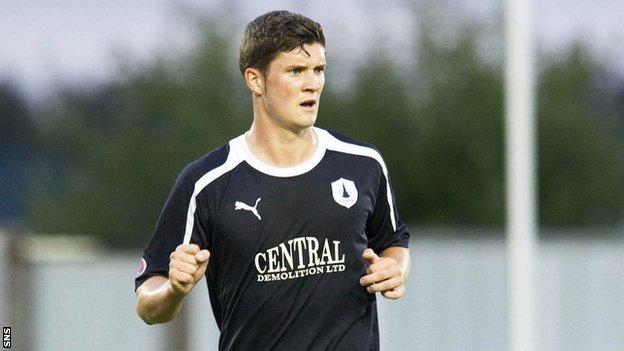 Stewart Murdoch headed in a stoppage-time leveller as Falkirk denied Raith their first away win since October.

Raith went ahead just before the half-hour mark when Jason Thomson crossed from the right and Brian Graham found the net with a close-range header.

Falkirk came close to a leveller in the 74th minute but David McGurn saved well from Dale Fulton's effort from six yards.

Raith received a warning as stoppage-time began as Jonathan Flynn headed over from a corner, but they were punished a minute later.

Thomas Grant crossed from the right and Murdoch headed in his fifth league goal of the campaign to secure a point.