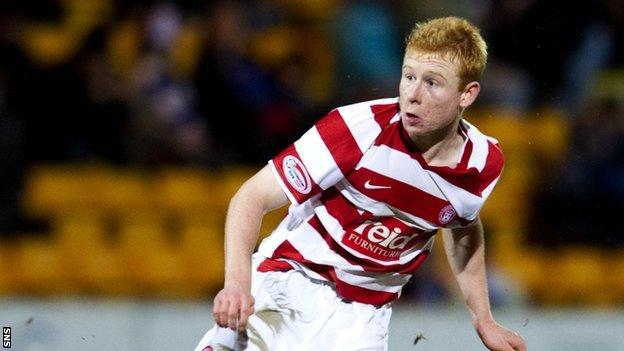 First Division leaders Morton saw their unbeaten away record end with a defeat to seventh-placed Hamilton.

David O'Brien placed a low drive into the bottom corner of the Accies goal from 16 yards after eight minutes.

But Derek Gaston turned Gary Fisher's corner into his own net to level.

The Accies went ahead as Ziggy Gordon curled a stunning 25-yard effort into the top corner and the desperate Ton could not find an equaliser in the remaining 32 minutes.

Striker Peter Weatherson had their best chance of the second half, volleying wide from the edge of the area.

The result leaves the Ton two points clear of Partick Thistle, but the Jags have two games in hand.