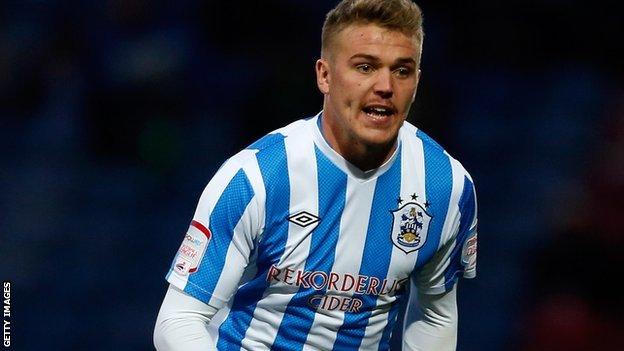 The 21-year-old winger was a surprise inclusion in the Terriers squad, having not featured since December because of knee and foot injuries.

Robins told BBC Radio Leeds: "It was a calculated risk and I was itching to get him on.

"When he came on he absolutely lit the place up."

Ward came off the bench in the 78th minute and having set up the equaliser for Alan Lee from a corner, scored the winner in stoppage time.

After a run of seven points from four games, Robins is now keen to start looking up the table.

"We took a walloping on Saturday which I thought was unjustified, but we responded in the right manner," he added.

"Speaking to everyone around here you'd think we were the only team in a relegation fight.

"That isn't the case and really we need to be positive and look up and try and catch the teams above us.

"If we get a positive result at the weekend, then we could really start seeing ourselves climb the table."

On Saturday, the Terriers host Charlton, who are two places above them but on the same number of points.