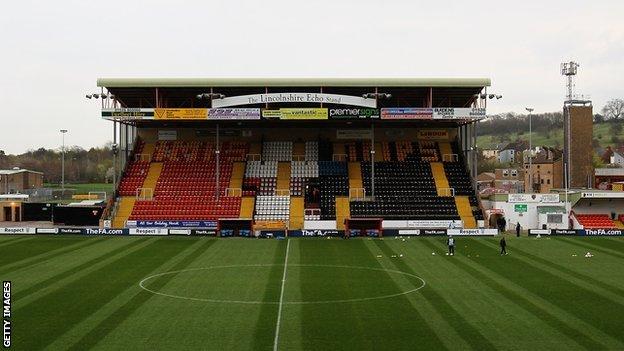 The defender has been playing further down the footballing pyramid and was most recently with Northern Counties East Division One side Shirebrook Town.

"He's joined on little money, so it's a gamble worth taking," Lincoln manager Gary Simpson told the club website.

"He can play in a number of positions and it's a chance for him to step up a level and stake a claim."

The signing is Simpson's third since becoming manager last month, following the capture of midfielders Nat Brown and Tony Diagne on loan from Macclesfield on Friday.