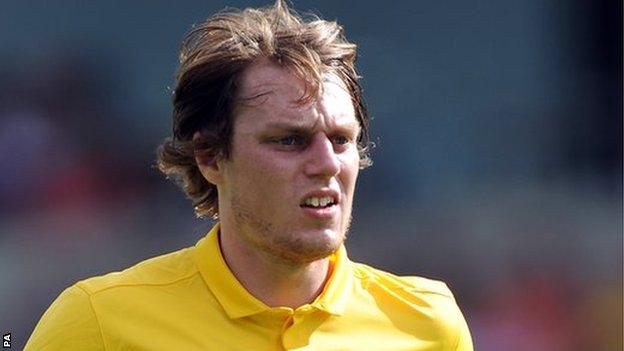 Mansfield Town have signed midfielder Adam Chapman on loan from Oxford United until the end of the season.

The former Northern Ireland Under-21 international, 23, has played 34 times for Oxford this season, scoring once.

"After losing Anthony Howell to injury, it was important that we strengthened in the centre of midfield," manager Paul Cox told the Mansfield website.

"Chappy will add a bit of everything to our midfield. He's a strong player, with great technical ability."

Mansfield are hoping he will help them fulfil their promotion ambition, the club currently lying fifth in the Blue Square Bet Premier after winning nine of their last 10 league matches to put themselves within six points of leaders Wrexham.