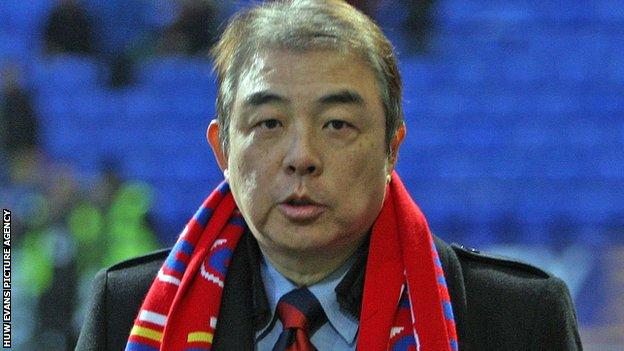 Cardiff City chief executive Simon Lim has stepped in to the role of Acting Chairman and will replace Dato' Chan Tien Ghee.

TG revealed his reasons for stepping down were plans to embark on new career and business interests.

"TG leaves a legacy that we can all be proud of and should all work hard to see continued," said Lim.

Lim will combine his new role as acting chairman with those of his permanent role of chief executive duties at the club.

"First and foremost, I would like to place on record my utmost respect to Dato' Chan Tien Ghee for his valued contribution to Cardiff City Football Club over the last three years," said Lim.

"TG leaves a legacy that we can all be proud of and should all work hard to see continued. My ongoing remit is to work closely with the board and local management team over the final months of the season."