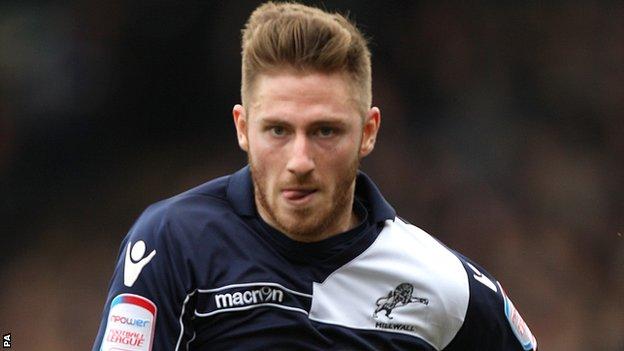 Millwall midfielder James Henry will miss the rest of the season after scans showed he has ruptured knee ligaments.

The 23-year-old was taken off on a stretcher during Saturday's defeat at Leeds.

Henry joined the Lions from Reading in 2010 and has gone on to make 151 appearances, scoring 19 goals.

Millwall are 15th in the Championship, six points above the relegation zone having lost seven of their last eight league games.