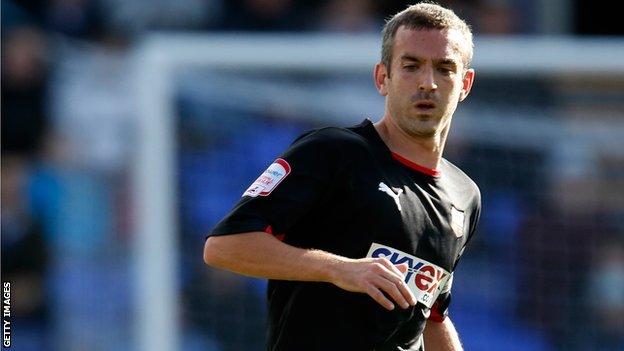 Brentford captain Kevin O'Connor has signed a one-year extension to his contract at the League One club.

The 31-year-old, who can play at right-back or in midfield, will now remain at Griffin Park until the summer of 2014.

O'Connor has made 12 appearances for the Bees this season and recently returned to training following an ankle injury he sustained in November.

It is very important we give Kevin, a player who has dedicated his whole career to Brentford, the chance to come back from his bad injury

Meanwhile, on-loan left-back Jake Bidwell has extended his stay with the west London club until 6 April.

O'Connor made his debut for Brentford in February 2000 and has gone on to score 43 goals in 483 appearances for the club.

The Irishman missed the second half of last season through injury and Brentford boss Uwe Rosler said he wanted to keep a player of O'Connor's experience at the club.

"It is very important we give Kevin, a player who has dedicated his whole career to Brentford, the chance to come back from his bad injury," Rosler told the club website.

"I am really happy to have him back, he started to train with us this week.

"It is important to have an experienced player and one who has a good attitude to his job every day on the training pitch.

"The work he has put in to his rehabilitation this season and last season is fantastic.

"He is a player who can play in different positions for us and he does everything in the interests of Brentford.

"It was very important for me to keep Kevin on board."