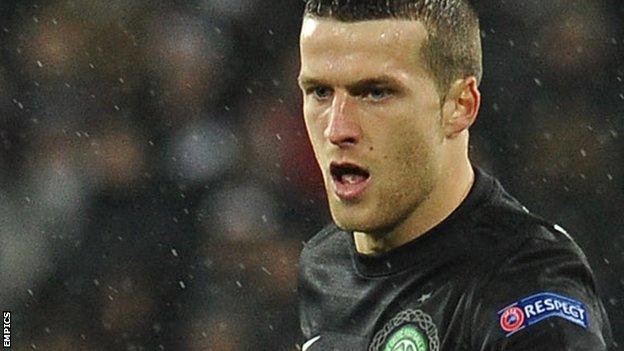 Defender Adam Matthews is a doubt for Wales' forthcoming World Cup qualifiers against Scotland and Croatia.

The Celtic full-back was carried off during his side's 2-0 defeat against Juventus in the Champions League.

The 21-year-old lasted only six minutes of the second half before pulling up with a hamstring injury.

Wales face Scotland at Hampden Park on 22 March and host Croatia in Swansea on 26 March.

Manager Chris Coleman will name his squad for the double header next Wednesday.

Matthews has won 10 caps for Wales and started in February's 2-1 friendly win over Austria at the Liberty Stadium.

Swansea-born Matthews joined Celtic from Cardiff City on a free transfer in the summer of 2011.