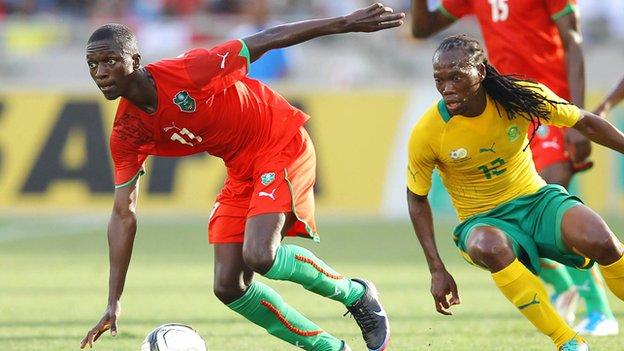 The Football Association of Malawi (FAM) aims to have a local coach in charge of the national team within three months.

The policy is a U-turn by FAM, who had stated it wanted to install an expatriate coach to replace Kinnah Phiri, who was sacked last month.

Interim coach Edington Ng'onamo and his assistants Ernest Mtawali and Patrick Mabedi have been given until June to stake a claim to be made permanent.

"If these three coaches prove to be successful in three months' time then there is no need to look for an expatriate coach," said FAM president Walter Nyamirandu.

"We are a very poor association and the minister of sports has already stated that government has no money. We had hoped that if we brought in an expatriate coach, the local coaches would understudy him so that they could eventually take over.

"But now we are going to fast-track the process."

FAM announced the sacking of Phiri and the entire Malawi technical panel, together with technical director Jack Chamangwana, following the Flame's poor showing in 2012 where they failed to qualify for the Africa Cup of Nations and for the third year running and exited the Cecafa Senior Challenge Cup at the quarter final stage.

But the government of Malawi, who pay national coaches, refused to terminate contracts of Phiri, his assistant Young Chimodzi and technical director Jack Chamangwana and they have since been redeployed to the Regional Sports Development Offices of the Malawi National Council of Sports.

The result is that Ng'onamo, and former internationals Mtawali and Mabedi, together with team manager Charles Manda, will stay in their roles until the end of June, instead of the end of September.

However, Nyamirandu has stated that Ng'onamo has the chance to sign a contract with government if he does well in Malawi's three World Cup qualifiers in March and June.

Ng'onamo's first test is on 23 March when he leads his charges against Namibia in Windhoek.

"I am committed to the Flames job. I feel humbled to be given this position and I will do all I can to turn things around for the team", he said.