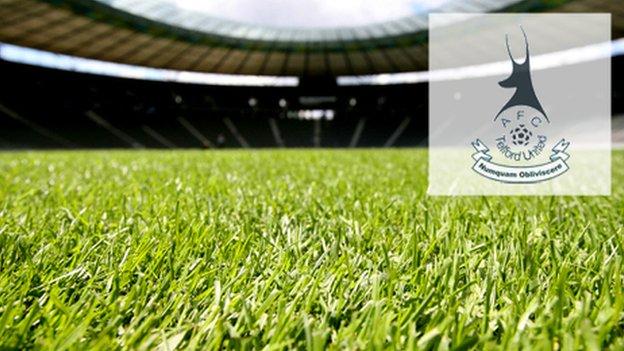 Blue Square Bet Premier side AFC Telford have re-signed Marco Adaggio on non-contract terms and brought in Aaron Williams on loan from Walsall.

Malaga-born Adaggio, 25, previously played for the Bucks in 2006 during a loan spell from Shrewsbury Town.

Williams, 19, was on loan at non-league side Romulus earlier this season.

Telford, bottom of the table without a win in 23 league games, lost boss Mark Cooper last week when he joined Swindon Town as assistant manager.

They are now under Graham Hyde, previously the assistant manager, who has taken charge until the end of the season.

The much-travelled Adaggio had his best days at Worcester City, where he played with Hyde, finishing as their 15-goal top scorer in the 2008-09 season.

Having now rejoined Telford until the end of the season, he and Williams are both expected to play a part in Saturday's home game with play-off chasing Macclesfield Town (9 March, 15:00 GMT).