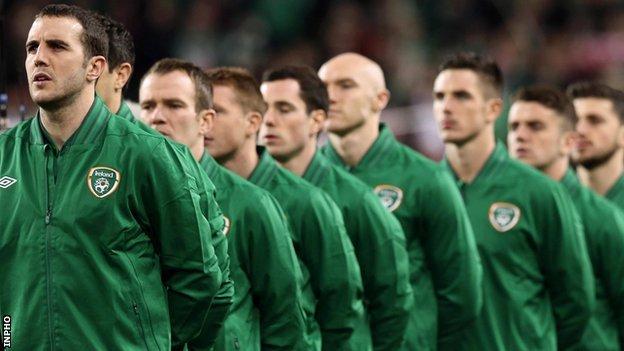 The Republic of Ireland will face Georgia in a friendly in Dublin on 2 June as they build up to a World Cup qualifier against the Faroe Islands.

The Georgia match will come four days after the Republic play England in a friendly at Wembley.

Ireland manager Giovanni Trapattoni will use friendlies as preparation for the qualifying fixture against the Faroes at the Aviva Stadium on 7 June.

The Republic travel to Sweden and host Austria this month in Group C matches.

Those games could go a long way to determining Ireland's fate as Sweden and Austria are regarded as their main rivals in the battle for the runners-up slot, with leaders Germany strong favourites to top the group.

Trapattoni will hope to head into the summer having taken a maximum six points from the Faroes following a 4-1 win in Torshavn in October - four days after their 6-1 humiliation at the hands of Germany.