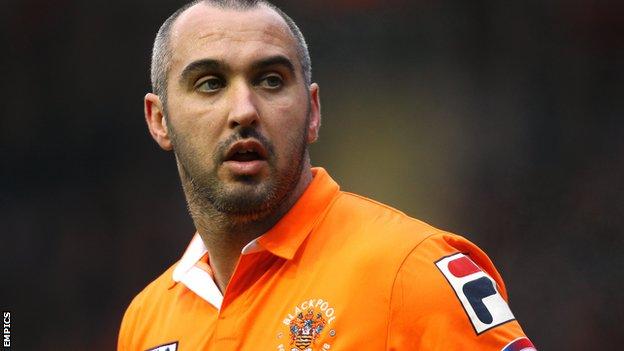 Blackpool will be without striker Gary Taylor-Fletcher for a minimum of six weeks because of a torn hamstring.

The 31-year-old striker was injured in and manager Paul Ince confirmed his absence ahead of Saturday's trip to Watford.

Wabara, who made one appearance as a substitute for the Seasiders, was

The 21-year-old tweeted: "All the best to Blackpool for the rest of the season. I felt it was best I left to get more game time and continue my progression."

Ince, who signed Leicester striker Marko Futacs on loan earlier this week, admitted he may be forced back into the loan market to cover for the absence of Taylor-Fletcher.

He told BBC Radio Lancashire: "When we came off at half time, it looked quite innocuous. Then I get in this morning and he's out for six to eight weeks.

"It's another body blow for us. He can play all over the park and he's great with the lads. To lose a major figure like him at this stage of the season is a major disappointment.

"We may need to look at that area again but there's not much about."