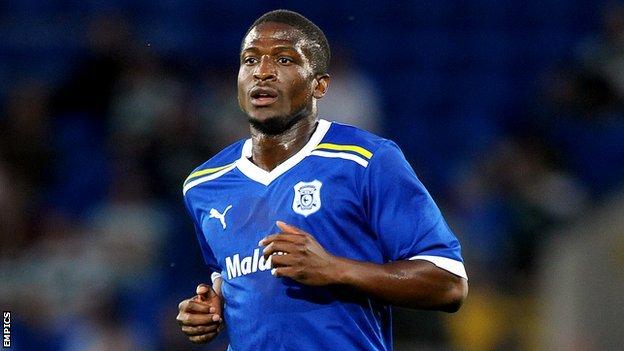 Luton Town have signed former Cardiff midfielder Solomon Taiwo on a contract until the end of the season.

Taiwo left Cardiff in the summer before a brief stint at Mansfield and was most recently at Bromley.

"Solomon is a bright boy, and a strong and good passing footballer who can really compete," Still told the Luton club website.

"He is by no means fit to be included straight away, but once he's up and at it he will be a really great addition to the squad."

The Nigerian is Luton's third singing since Still's appointment to replace Paul Buckle following the arrival on loan of striker Alex Wall and defender Jake Goodman.