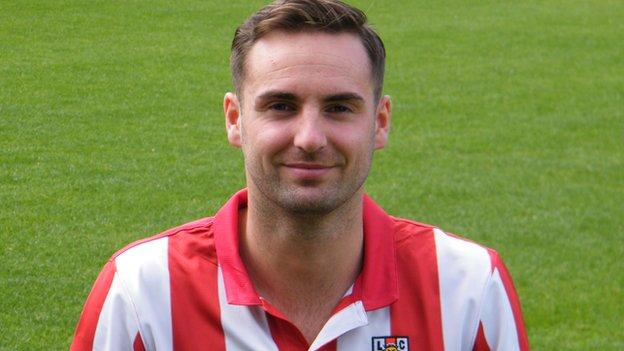 Platt was sidelined for almost a year after breaking his leg in a practice match in February 2012 and played only once for the Imps this season.

Trinity manager Steve Housham told BBC Radio Lincolnshire: "Conal will give options not just to our forward line but in the way we set up.

"He has experience which we need at this stage of the season."

The 26-year-old scored three goals in 17 matches before suffering his injury.