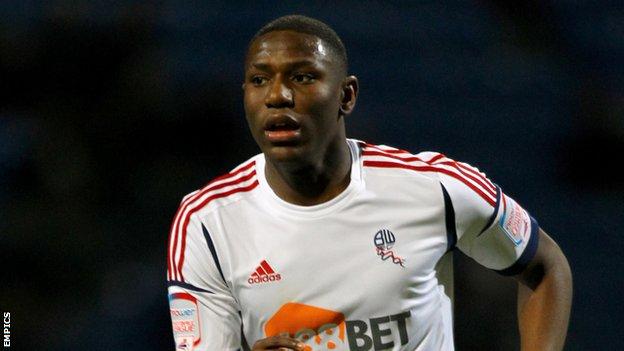 A knee injury has forced Benik Afobe to cut short his loan spell at Millwall and return to parent club Arsenal.

The 20-year-old striker sustained a tear in his anterior cruciate ligament during the Championship club's defeat by Wolves on Tuesday.

Afobe, who had made five appearances for the Lions, will undergo surgery.

The England Under-21 international is yet to make a senior appearance for the Gunners, but has had loan spells at Huddersfield, Reading and Bolton.

It is a further blow to Millwall after midfielder James Henry was ruled out for the season, also with knee ligament damage.