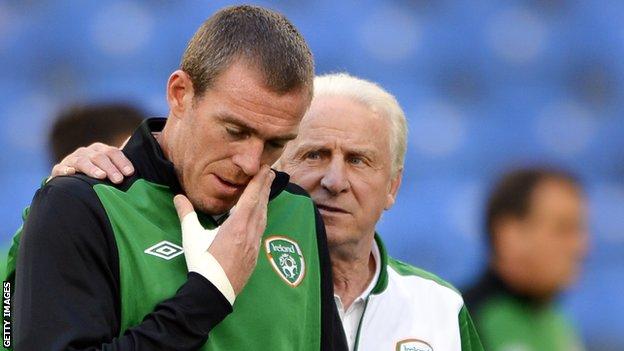 Richard Dunne will miss the Republic of Ireland's World Cup qualifiers against Sweden and Austria later this month because of a groin injury.

Marc Wilson has been recalled after recovering from a broken leg while Seamus Coleman is also in the squad.

Aston Villa defender Dunne has not played a game all season because of a recurring groin injury.

Stoke's versatile Wilson had not played for four months but returned for the Potters's last two games.

Coleman, meanwhile, has recovered from a thigh problem that kept him out of last month's 2-0 friendly win over Poland in Dublin.