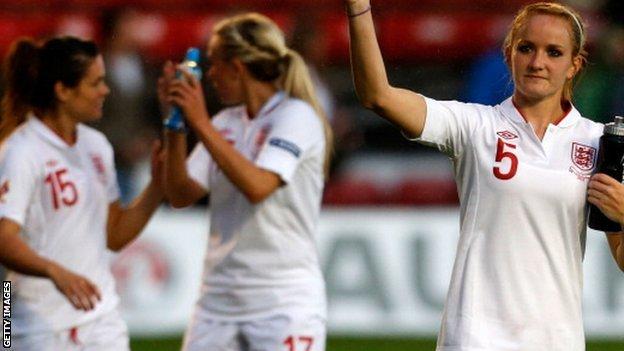 It will be the first WSL coverage to be shown on terrestrial television.

The Football Association's Kelly Simmons said: "This can be a watershed moment for the game in England."

The weekly goals round-up will also be shown on the BBC News Channel as part of Friday's Sportsday.

Simmons, the FA's director of national game and women's football, added: "Our elite football league being shown consistently on terrestrial television will enable us to take the game to a wider audience and engage new fans in the sport and, hopefully, inspire many more young girls to play the game."

On 20 May Jacqui Oatley will look at the women's FA Cup final, ahead of of the game on 26 May.

A second programme on 8 July looks ahead to the European Championships which can be watched on BBC Three and BBC Two.

From autumn 2013, the BBC will also show England's World Cup qualifiers for the tournament in Canada in 2015.

The women's game is growing in the UK and hopes are high for England's women in the tournament in Sweden. England lost 6-2 to seven-time winners Germany in the final four years ago.