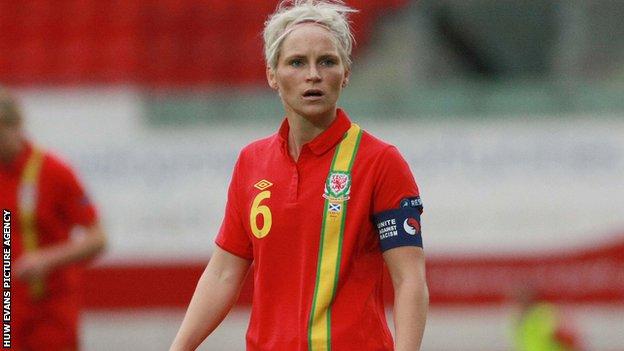 Midfielder Jessica Fishlock scored a superb solo goal to give Wales victory over Mexico in their second Group C game of the Algarve Cup in Portugal.

Fishlock's superb run from the halfway line and strike gave Wales a 1-0 lead at half-time.

Goalkeeper Nicola Davies, who is without a club, pulled off a string of saves to secure a Welsh victory.

This was Wales' first win of the tournament after their defeat to hosts Portugal.

Wales midfielder Hayley Ladd was sent off during the 2-0 defeat to hosts Portugal in their opening match of the tournament on Wednesday.

Ladd was sent off for a second yellow card and was unavailable for Wales' match against Mexico.

Jarmo Matikainen's Wales side play Hungary in their final Group game on Monday.