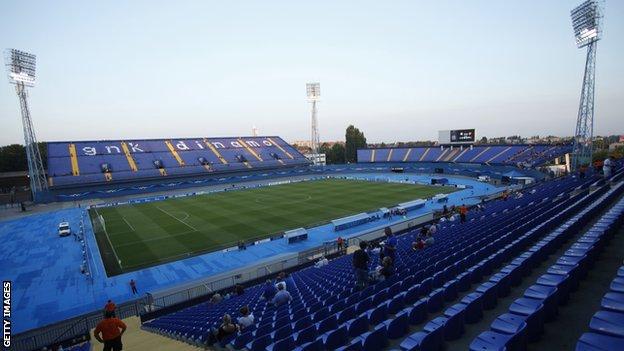 The Croatian football association have confirmed the venue for their World Cup qualifier against Scotland.

The match, to be played on Friday 7 June, will be held at the Maksimir Stadium in Zagreb.

The stadium is the home ground of Croatian champions Dinamo Zagreb and has a 38,000 capacity.

Scotland played at the stadium in October 2000, where they earned a 1-1 draw thanks to Kevin Gallacher's 23rd-minute strike.