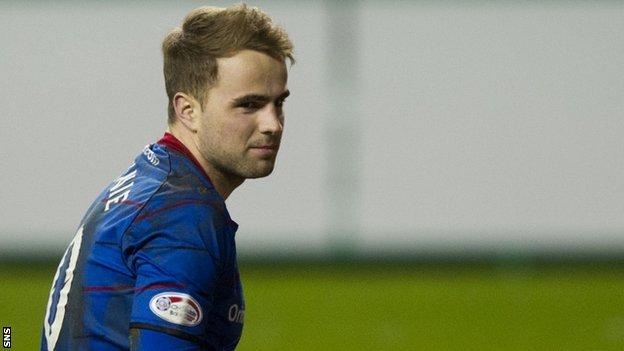 Birmingham City have held talks with Inverness CT midfielder Andrew Shinnie over signing a pre-contract deal with the Championship club.

Inverness were hopeful of extending Shinnie's stay in the Highlands but he has not signed a new deal at the club.

"He is a free agent and nobody has spoken to me from Birmingham," said Inverness chairman Kenny Cameron.

"Maybe they have been speaking to Andrew direct. He is with us until the end of the season, I can confirm that."

Shinnie began his career at Rangers, with two spells on loan at Dundee, before moving north in 2011.

He signed for Inverness in 2011 and won his first Scotland cap against Luxembourg in November 2012.